Develop your skill with with our free trading resources. 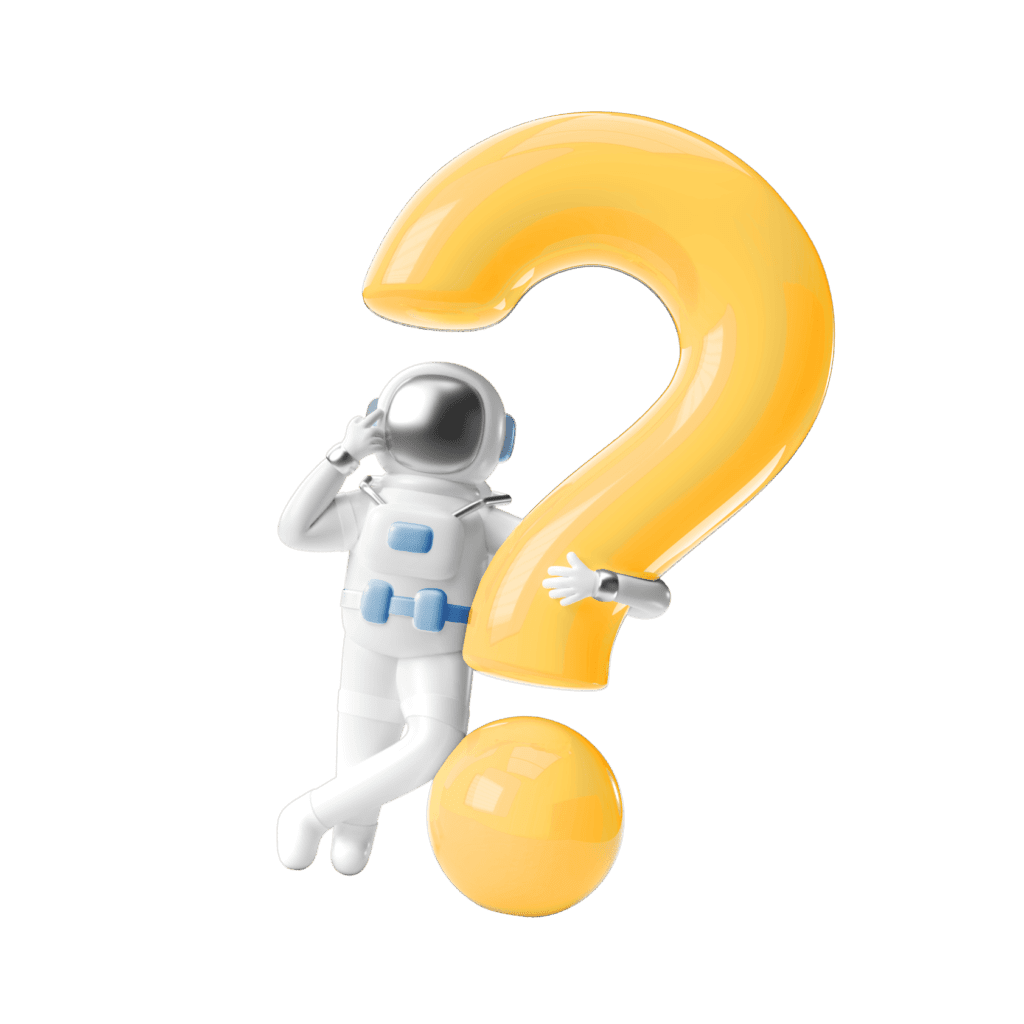 The trend trading strategy is usually executed after or before the range market price. In trading, the “trade with the trend” mantra is one of the most common pieces of advice that is given. So how can we determine the direction of the trend? In an uptrend, for example, you will find the higher highs and higher lows in the price chart then draw a line through them and will represent the price trend. In most cases, when we are analyzing long-term trends, the long-term time frame dominates the shorter time frames and vice versa. Hence, for the intraday trading style, the shorter time frame could be of greater value. Trades are generally divided into three classes of trading segments or styles: the intra-day, the swing, and the position trade.

This strategy is recommended for new but experienced traders because there is always an abundance of trading opportunities and you will receive a good risk-reward ratio. 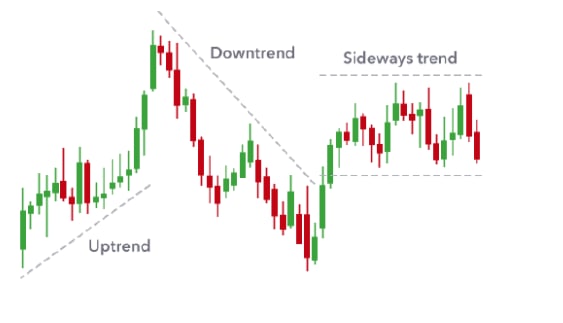 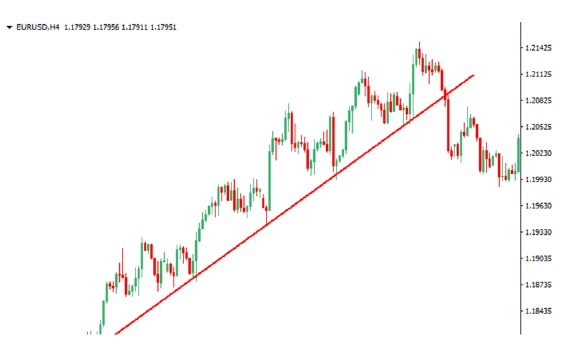 Identifying this chart pattern allows you to buy the pair when dips and can sell when the price retraces.

Consider that this pattern poses a slight risk because the price can reject causing breakouts in downtrends and breakdowns in a downtrend.

What is Trend Trading?

Trend trading is a trading strategy in which a trader attempts to capture gains through the analysis of an asset’s momentum in a particular direction (uptrend or downtrend). A trend is identified when the price is moving in one overall direction, such as up or down. Hence trend traders enter into a long position or buy when an asset is trending upward and a short position or sell a security when the price is moving downward. An uptrend is characterized by higher swing lows and higher swing highs while a downtrend is characterized by lower swing lows and lower swing highs.

It is a mid to long-term trading strategy, which sometimes covers any timeframe, based on how long the trend lasts. It is often employed by traders who adopt the position trading and swing trading style. Position traders hold a trade throughout the prevailing trend, neglecting day-to-day price fluctuations, while swing traders identify a trend and ride on it from start to finish. Trend trading involves using technical indicators to spot the direction of market momentum.

How to Identify a Trend

You need to understand trend trading strategies to identify trends and enter a market early and exit the market before it reverses. There are three major types of primary trends: uptrends, downtrends, and sideways trends.

An uptrend is identified when a market price is increasing in value. A trader who seeks to capitalize on these movements would buy or enter a long position when the market is reaching overall increasing high price levels. Uptrends are characterized by higher high and higher lows price movement. 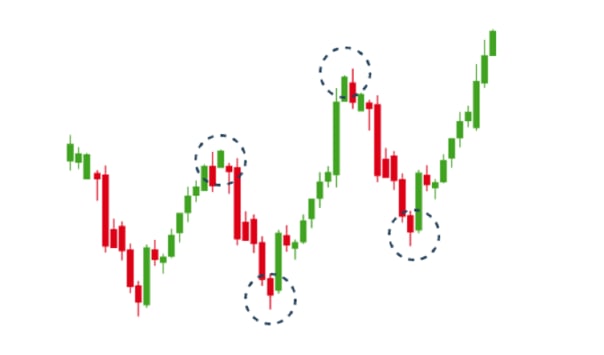 A downtrend is an opposite of an uptrend and is identified when a market price is decreasing in value. A trend trader would sell or enter a short position when the security is falling to lower price points. Downtrends are characterized by lower lows and lower highs. 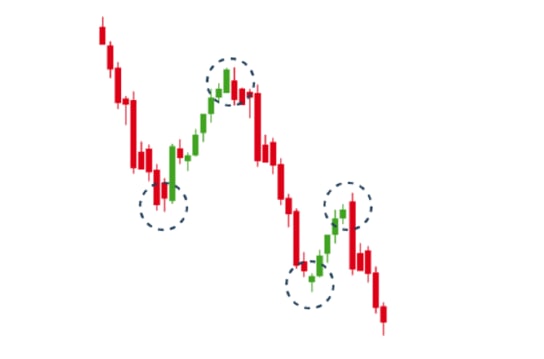 A sideways trend is a horizontal price movement that is identified when the market price is neither reaching higher price points nor lower price points indicating that the forces of demand and supply are nearly equal. Most trend traders do not consider this trend except scalpers and range traders who aim at taking advantage of extremely short-term market movements. 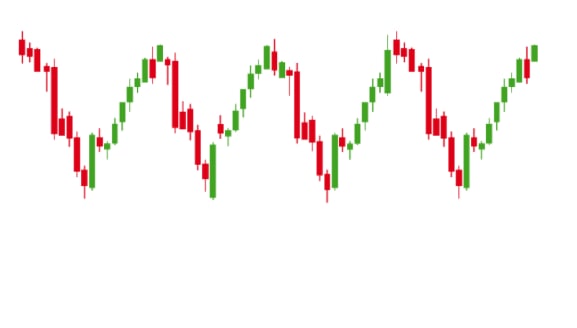 1. Moving average: this indicator helps in finding the average price of an asset over a given timeframe thereby creating a smoothing effect on the price data and also producing a single line that helps traders identify trends. This strategy aims at entering a long position when a short-term MA crosses above a longer-term MA or entering a short position when a short-term MA crosses below a longer-term MA.

2. Momentum Indicators: These are indicators used to measure the speed or rate at
which an asset’s price fluctuates. They help in identifying whether a price is overbought
or oversold thereby foretelling if a change in trend or trend reversal is imminent.

Examples of momentum indicators include RSI (Relative strength index) and Stochastic Oscillator. The RSI is used to identify momentum in prices and overbought or oversold levels by having a look at the average gains and losses over several periods. It also helps in determining whether price movements were positive or negative. The RSI is presented in percentage and it fluctuates on a scale between zero and 100. When the RSI indicator moves above 70, the market is considered to be overbought, and when it is below 30, the market is said to be oversold. A trader may wait for the RSI to drop below 30 and then rise above it. This could indicate a long position, assuming the overall uptrend remains intact. This shows that the price has pulled back but now starting to rise again in alignment with the overall uptrend. The trend trader could potentially exit the position when the RSI rises above 70 and then falls back below the selected level.

However, in most cases, a trader in a long position utilizes the overbought signal as a price point at which to lock in their profit and close their trade. While a trend trader looking to open a short position would use the overbought signal as an entry point to sell. Trend traders using the oversold signal would do the opposite, meaning using the oversold signals as the point to exit short trades and open long trades.

3. Average directional index (ADX): this is often used by traders to ascertain the strength of a trend – whether up or down. The ADX line also fluctuates on a scale from zero to 100 with 25 to 100 indicating a strong trend and strength increasing as the numbers get higher and values below 25 to signify a weak trend.

The average directional index is usually plotted in the same window as the directional movement index (DMI which comprises two other lines which are the negative directional indicator (-DI) and the positive directional indicator (+DI). The ADX line identifies the strength of the trend while the other two lines determine its direction. If the +DI crosses the -DI while the ADX is above 25, it signals that an uptrend is about to start, and trend traders could consider entering a long position. If the -DI crosses above the +DI while the ADX is above 25, it indicates that a downtrend is imminent and there and traders could enter a short position.

4. Trendlines & Chart Patterns: A trendline is referred to as a line drawn along swing lows in an uptrend or along swing highs in a downtrend. They indicate a possible area where the price may pull back in the future. Hence some trend traders also opt to buy during an uptrend when the price pulls back or retraces and then bounces higher off of a rising trendline- this strategy is known as buying the dip. In the same vein, some traders choose to go short during a downtrend when the price rises and then falls away from a declining trendline.

Trend traders watch out for chart patterns such as flags or triangles, which signal the potential continuation of a trend. If the price is rising significantly and then forms a flag or triangle, a professional trend trader will watch for the price of the security to break out of the pattern to signal a continuation of the uptrend.

How to Start Trend Trading?

Here are key steps to take before you start trend trading:

2. Study our trading costs: We offer the best competitive spreads and low margin rates on major, minor, and exotic crosses.

3. Choose a CFD instrument to trade: We offer over 200 currency pairs, metals such as Gold and Silver, cryptocurrency pairs, indices, commodity CFDs, and stock CFDs that you can trade on. Many trend traders choose to focus on one or two specific instruments while some traders diversify their opportunities by trading several instruments over a range of markets thereby gaining exposure to more trends. After you have decided on your preferred instrument to trade, you’ll need to keep yourself up to date with any developments that could lead to new trends or cause countertrends, for example breaking news, political events, and central bank policy announcements.
4. Identify the trend and decide if you want to buy or sell.

5. Implement a risk management strategy: the majority of trend traders always use stop-loss orders to manage their risk. Stop-loss allows traders to set a price at which their positions will automatically close out if the market goes in the opposite and unfavorable direction. Stop-loss orders prevent the trend trader from holding onto a sinking position. Also, in trend trading, the use of limits and stops in protecting trades is vital. A buy limit order is placed when an asset is expected to lower in price and a buy order is automatically executed if the expected price fall materializes; hence a day trader will not have to pay too much. On the other hand, a trader places a sell limit order when they expect an asset to increase in price before falling and a sell order is automatically executed if the expected rise in price materializes; hence the trader will be selling at a higher price.